QualityHostOnline, HostGator and currently Hawk Host. I consider these hosting companies my top hosting providers because I have used their service personally. While I like these three hosts I’m going to explain to you why I chose them and their strength and weaknesses.

In my first sojourn as a prospective hosting user, I never did any research whatsoever. I just went on Google, searched for a reseller hosting company and I came across several hosting providers. What struck me most about QualityHostOnline was their price. While other resellers lowest plan was from $15 to $25. Theirs was just $9.95. Plus at the time their live support was always online. So I just had to join their bandwagon. I had a smooth sail all through my time with them just that at one point their live support seemed to be offline but they made up for it with their ticket system which they’re fast in replying.

After QualityHostOnline, I needed a popular hosting company for whatever reason. HostGator is a hosting company that I have known while I was still with my previous host. It was arguably the most popular hosting company in the world. Wherever I went it was one positive or the other and I must say they have a really huge advertising budget. They were just everywhere. I felt there was something I was missing in the hosting industry so I joined them. The first thing that struck me about them is their support. In fact, they have the best support team in the world. That’s my opinion. Their live support is phenomenal. They are online 24/7. One thing I didn’t like was the fact that they did not allow overselling. As a reseller, I wanted that. So after a short stint with them, I moved over to HawkHost.

This time around I made up my mind that I was going to do enough research before joining any other hosting company. After my research, I came up with two hosting companies. MDDHosting and HawkHost. I chose MDDhosting because like HostGator they are one of the best reviews. I went ahead to register with them only for them to tell me that they don’t accept credit cards from Nigeria. I had no choice but to move over to my second best at that point. HawkHost may not have the best live support in the world but they make up for that in their ticket system. Their email ticket system is like you are chatting with them live. I also liked the fact that they used Litespeed because it seems faster than Apache web server. Their price was also cheap when compared with their packages. 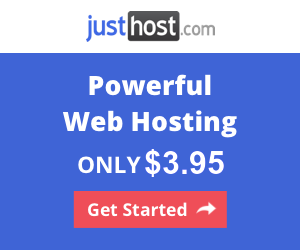